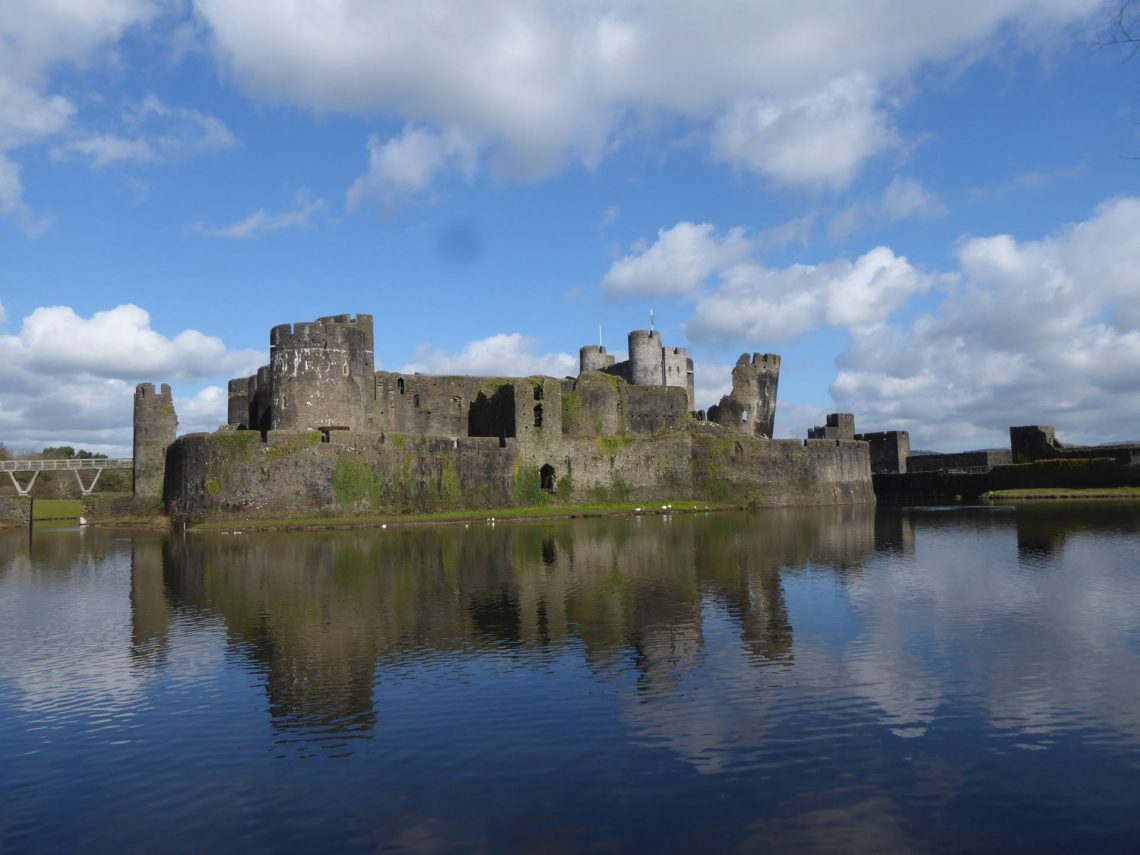 One of the 4 countries making up the United Kingdom, Wales has plenty to offer visitors. There are many historic sites to explore as well as some amazing natural landscapes. In particular the Welsh mountains and valleys attract visitors to admire their beauty. At the southern end of the Rhymney Valley you find the town of Caerphilly. It is famous for Caerphilly Castle, which sits in the middle of the town and dominates it’s landscape. Its a great place for a day trip and what this post focuses on. I was really happy I got to visit it, it is somewhere i’d wanted to go for awhile and it lived up to my expectation.

Wales has many castles and Caerphilly Castle certainly ranks up there as one of the most spectacular. Whether you live in the UK or are just visiting, I definitely recommend adding this to your bucket list. I often feel Wales can be overlooked in favour of other parts of the UK, but honestly there really are some great attractions here. Certainly it’s somewhere I am hoping to explore more.

Caerphilly Castle is in fact the largest castle in Wales and the 2nd largest in Great Britain. It is surrounded by water which makes it look even more impressive. I visited with my partner in March and it was a great day trip. We spent a couple of hours at the castle, wandering around and taking it all in. We also really enjoyed the views looking over at the castle from across the lakes that surround it.

Getting to Caerphilly Castle

Caerphilly is very close to Cardiff and easily reached by train. It only takes 23 minutes so it’s a great day trip from the Welsh Capital. Its also easy to reach by car, with links from either Cardiff or Newport.

When we visited we actually took the train from our home city of Bath. It was a little pricey (£25.70 for a return ticket) but that’s to be expected for a British train! It took a couple of hours. Again it would also be relatively easy to drive from the Bath/Bristol area. You would just need to cross the Severn Bridge and follow through Newport. Coming from London I would say it’s too far for a day trip, I would advise staying in Cardiff. Its a great city that has a lot of nice food and drink spots as well a some cool visitor attractions.

Also if your looking for somewhere to eat in Caerphilly I really recommend Vegan Box. Its open Tuesday to Saturday and found in the Caerphilly Indoor Market. They serve ‘vegan junk food’ and it’s really tasty, regardless of whether you are vegan or not. Its really close to the Castle, when we visited we took our food down to the castle and ate whilst looking across the water.

The History Of Caerphilly Castle

Caerphilly Castle was built between 1268 and 1290. Its construction began under the rule of Gilbert de Clare, an English noble who fought for control of the Glamorgan region. His opponent was the Welsh Prince Llywelyn ap Gruffudd. It was fear of his power that led de Clare to build such an enormous fortress. Llywelyn in fact attacked the castle and burned it’s foundations in 1270. The construction began again though and by the end of 1271 it was mostly complete. The castle itself was the first in Britain built in the ‘concentric design‘. It utilised man made lakes for its defences, as well as massive gatehouses.

Whilst the castle was used for a while, it fell into decline by the late 1400’s. The last battle it is known have featured in was when it was besieged from December 1326 to March 1327. This was in the war between Queen Isabella of France and her husband King Edward II. The siege of the castle was part of the war’s finale, and of which Isabella emerged victorious. When visiting the castle look out a room with 4 statues in detailing the 4 most prominent individuals in that war.

During the English Civil War it is thought the castle may have damaged by Parliamentarian forces. It is unknown whether the castle was actually used in any fighting, but a decree by Parliament saw many castles across Great Britain deliberately wrecked.

Later in 1776 the castle became property of the Marquesses of Bute, a British peer. His descendent the fourth marquess undertook great reconstruction work on the castle during the first half of the 20th century. It was then his son the 5th marquess who gifted the castle to the state in 1950. This has enabled the castle to become the visitor attraction it is today.

Approaching Caerphilly Castle from the train station you can can find the Southern gatehouse. It guards one the entrances to the castle across the water, though you can not cross now. This would have provided a route between the castle and the old town.

Around to one side you can find the visitor entrance, across a footbridge. This is where you purchase your castle ticket, as well as find information and souvenirs. Once inside you can head to the main castle area. Walking across the bridge towards there gives you some great views of the approach.

When we headed in we decided first to climb the tower. There is an entrance on either side as you head through the gate. You can cross from one side to the other as you head up the varying levels. Each side has its own spiral staircase, and you can look in the rooms as you go as well as see where the gate control would have been. Once at the top you get some great views over the local area as well as the castle itself.

One of the most striking features of Caerphilly Castle is it’s ruined leaning tower. You can find a statue here, looking as if it is trying to hold the tower up. This represents John Crichton-Stuart, 4th Marquess of Bute. It is there as a thank you for the restoration work he did on the castle.

Another thing to look out for in the castle is the banquet hall, which has some medieval heraldry on display.

Dragons are of course synonymous with Wales. The country’s flag has a huge red dragon on it after all! Here at the castle they have set up a ‘dragon’s lair’ where you can admire some sculptures. Complete with smoke and sound effects of course.

Off to one side of the castle you can find replica’s of medieval siege engines. They give you some information as well as show the scale of the weaponry back then.

Thanks for reading this blog post about Caerphilly Castle! If your interested in reading more about Welsh castle’s you can check out my post of Cardiff Castle here.

Things to do in Pai 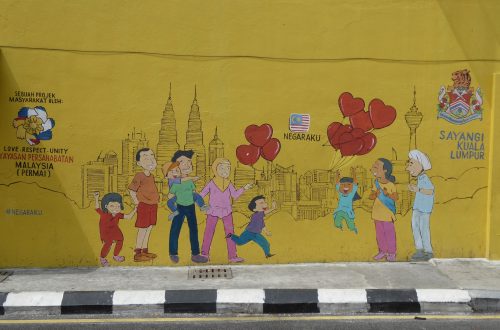 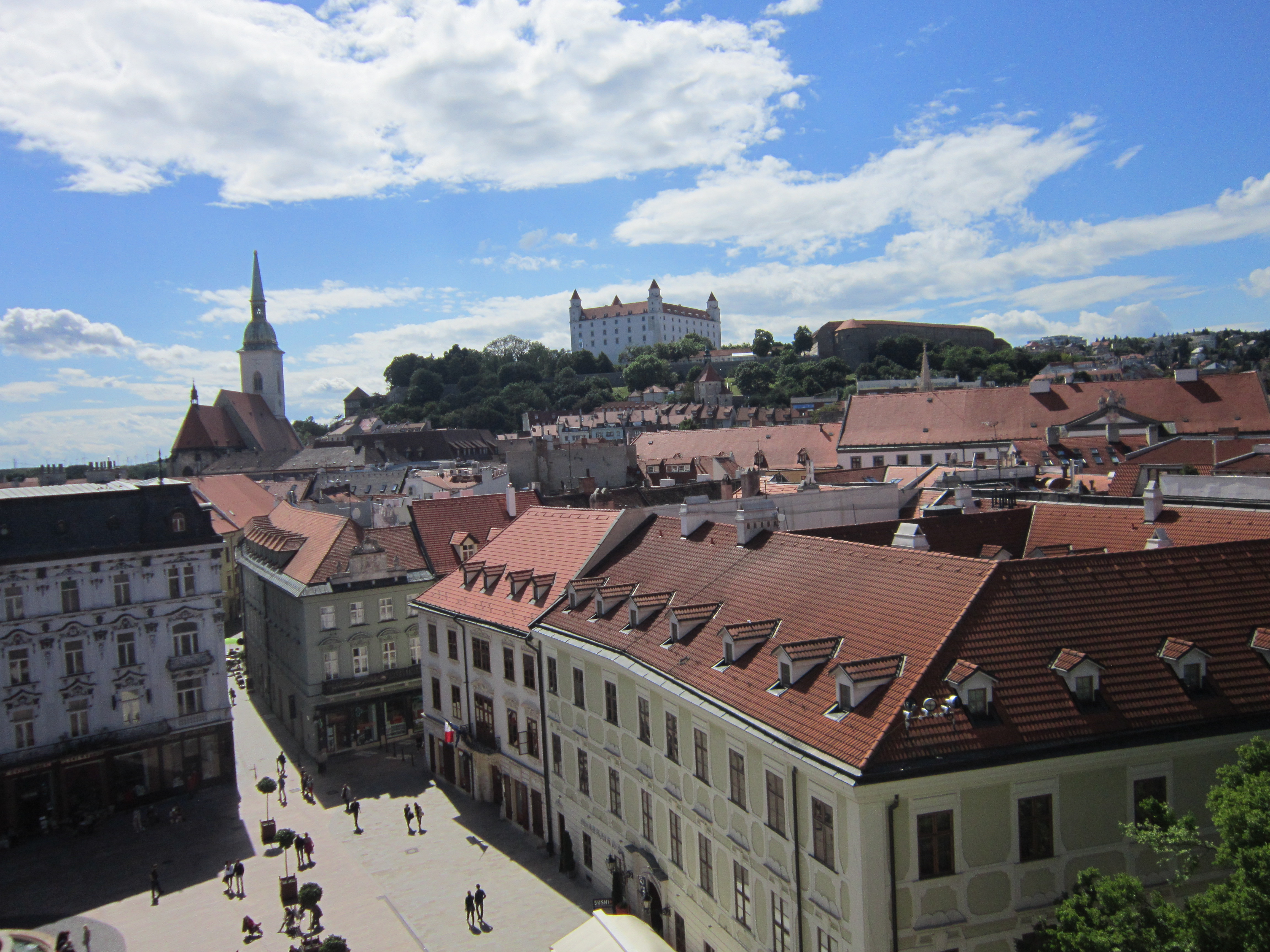 7 things to see in Bratislava