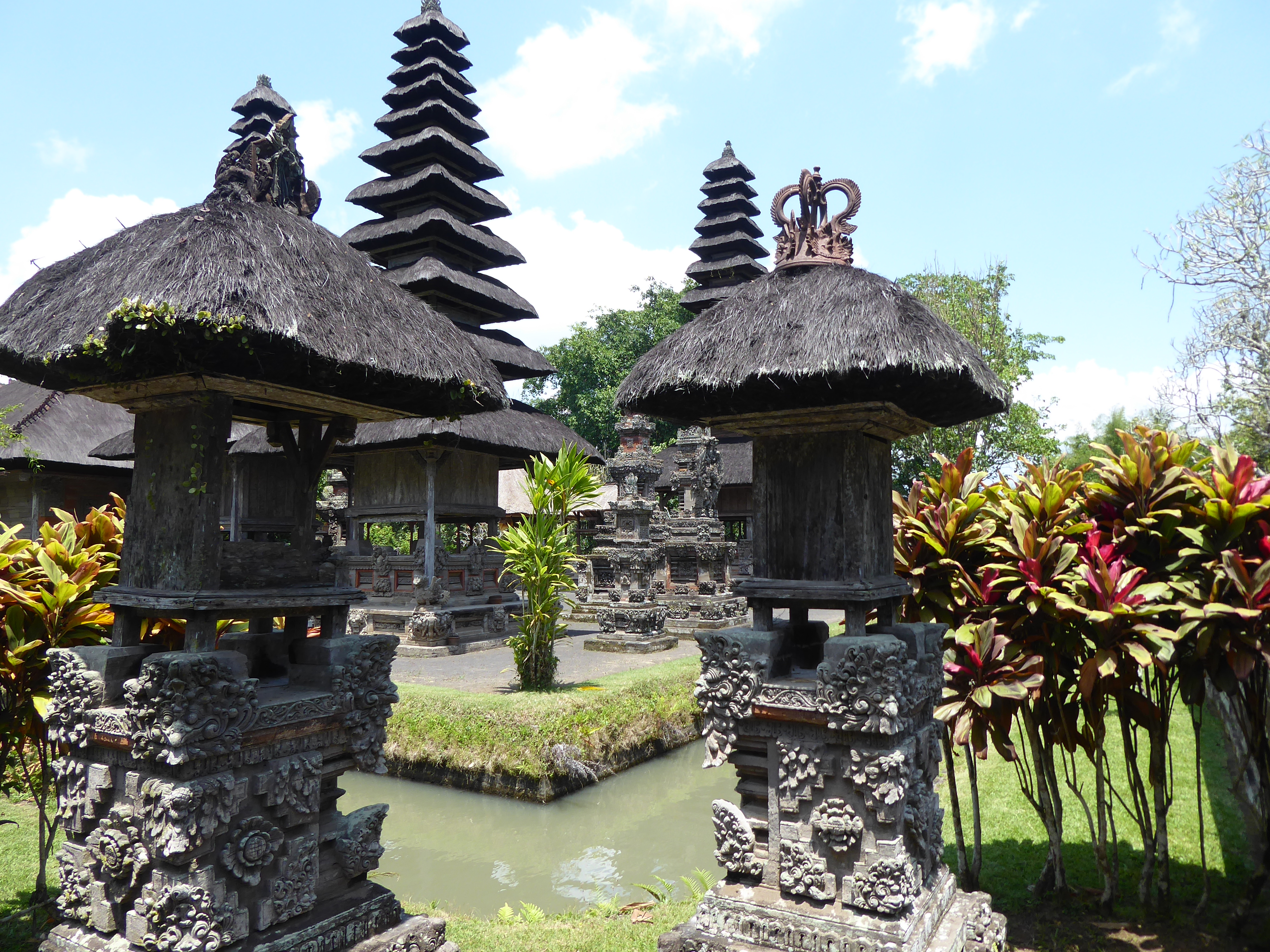 The Balinese temples of Pura Tanah Lot and Pura Taman Ayun are great to explore as a day trip. Located on the west side of Bali they offer a great look at the history and culture of Bali. They are both beautiful in different ways and have their own stand out features. I highly recommend them to anyone visiting this Indonesian island.

Pura Tanah Lot and Pura Taman Ayun Lot are 2 of my favourite temples on the island of Bali. I have written this post to show why I feel they make a great addition to any trip to the island.

‘Pura’ literally means a Balinese Hindu temple. Balinese Hinduism is the main religion on Bali. Whilst Indonesia is officially Muslim, Bali has retained it’s historic following of Hinduism. This has developed into it’s own distinct form. This is partly due to it’s isolation, the distance from other Hindu areas is notable. Many Kings from Java actually fled here when that island turned to Islam. This turned the island into somewhat of a bastion for Hinduism in the region. It’s the imagery of this which attracts so many people to visit the temple’s. The Balinese Hindu deities and demons depicted in the temples are very interesting to examine and admire. The Balinese gates are popular too, as well as their pagoda designs.

They are both found on the western side of the island. Tanah Lot is on the coast, which as we shall see plays a big part in it’s appeal. Taman Ayun is inland in the Mengwi area. Tanah Lot is certainally the more instantly visually striking of these two temples. Though Taman Ayun has more detail and a more peaceful feel to it.

How to visit these temples?

There are multiple places you can use as a base to visit these temples from. Tanah Lot is along the coast from popular spots such as Kuta, Seminyak and Canggu. It was the latter I stayed in when I visited the temples. If you have based yourself in Ubud then a visit to these 2 would make for a good day long trip. It’s not too far out from Denpasar either, you find yourself there with a day to spare.

The best way is to speak with your accommodation to see if a tour if offered. If not ask them about hiring a private driver to take you. Bali is a tourist focused island, accommodation and drivers are usually willing to make deals. If your accommodation doesn’t offer it themselves no doubt they can point you in the direction of a tour agency that does. Of course you can also visit yourself if you ride a scooter. I don’t so I ended up hiring a driver from Canggu from my accommodation.

I would say 90 minutes to 2 hours is a good amount of time to spend at each temple. Tanah Lot does have quite a wide area so ask for longer if you want a good look around. Especially if you want to look in the souvenir shops here of which there are many.

This Hindu temple is said to date from the late 15th/early 16th century, built by Dang Hyang Nirartha. He was a Hindu traveller and founder of the Shaivite priesthood in Bali. The main deity worshipped here is Dewa Baruna. Also known as Varuna, he is the god of oceans in Hindu legend and scripture. The main attraction of this temple is it’s location. It is rock formation quite literally located in the sea. You can watch the waves crashing around the temple.

During low tide you can wade out to the temple, though you can’t climb up it. That’s reserved for the priests. I didn’t actually wade out myself as those that did were giving offerings to the priests. I was happy just to observe and explore the area. It’s worth noting that the temple received significant funds lent by the Japanese government in the 1980’s. This was to restore the temple and stop it crumbling into the sea.

Around the temple you can walk over the rock pools and explore the surroundings. The main viewing area’s for the temple were pretty packed with other visitors trying to get a good view. I saw a fair few get splashed as the waves crashed off the rocks! But the rock pools had a lot less people venturing across them. This made it a bit more fun in truth. I didn’t mind the crowds (they come with the territory). But it was good to go and see the temple from a different angle without so many people stood next to me.

Whilst walking across the rock pools I spotted a Balinese sea snake. It has black and white stripes and is known to be very poisonous. Though it’s teeth find it hard to penetrate skin, and it will only attempt to bite if it is startled. Regardless, if you also want a walk over the rock pools then watch out for those!

The Tanah Lot temple are also has more to explore. Walking along from the main temple you can find others. Notably Pura Batu Bolong. It is actually a separate temple but due to it’s proximity is often included as part of a visit to Tanah Lot. The attraction if of course it’s location on top of a sea arch. It only takes a few minutes to walk along to here. I went during the day time and really enjoyed seeing the temple. It’s also a very popular sunset spot.

I really enjoyed visiting Tanah Lot and exploring the area. Whilst I was happy to see the rock itself it was being able to explore that made it really worthwhile. The rock pools with the sea crashing over them were really enjoyable. And it was a great bonus to see the Batu Balong temple as well.

Pura Taman Ayun served for awhile as the royal palace of the Mengwi Kingdom. It was one of 9 Balinese Kingdoms during it’s existence. In the past Bali was often divided between several Hindu kingdoms. This lasted for centuries, with the Kingdoms often rivalling each other. It was complicated by the the arrival of the European colonial powers. In the end the powers of the Kingdoms were destroyed by the Dutch. They had began invading the area in the 19th century though didn’t finish their conquest until 1908. The Mengwi Kingdom had actually ceased to exist by then. In 1891 it had been destroyed by it’s rival neighbouring Kingdoms.

The temple itself is said to have been built in 1634 by the ruler of the Mengwi Kingdom at this time. It has undergone several restorations since then. 1937 was the most extensive of these.

What impressed me about this temple is it’s design. Water is a big theme here. It’s entrance area is surrounded by water and you cross over a bridge to access it. Walking into the temple after paying the entry fee you then pass through well kept spacious gardens. You can admire water features and Balinese gates and religious statues and buildings.

Entering the inner courtyard you see the main temple complex. You see several pagodas of ascending height in a line. Behind them are more pagodas. It is surrounded by a moat which adds to it’s aesthetic appeal.

Walk around more and you can find a small wooded area which has a pathway marked out. Its nice and peaceful to walk around. You can also find more statues, such as pictured below. There are also scenes from Hindu mythology on display. Have a look around and see what you can spot.

I found this whole temple area to be very peaceful and pleasant to walk around. I liked the Hindu imagery on display. And I was really impressed by main temple complex area and the pagoda’s. I think this is a really beautiful temple and well worth a visit. Bali has a lot of great temples but for me this was my favourite.

I really recommend visiting both of these temples if your spending time on Bali. Even if you have visited others already in Ubud or elsewhere I still think these are worth a trip. They offer nice variation, which is for me what stands out about Bali’s temples in particular. Balinese Hinduism is really interesting in how it has developed it’s own unique style on the island. The fact Bali was divided between different kingdoms for so long seems to have contributed to. I think Southeast Asia has a lot of great temples and I would include those on Bali amongst the best. 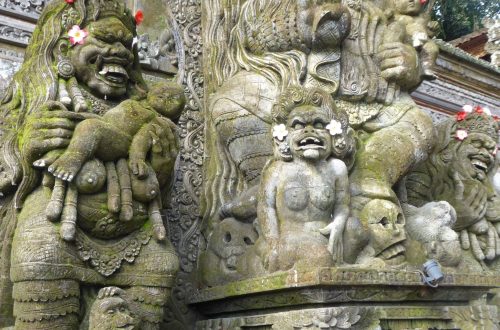 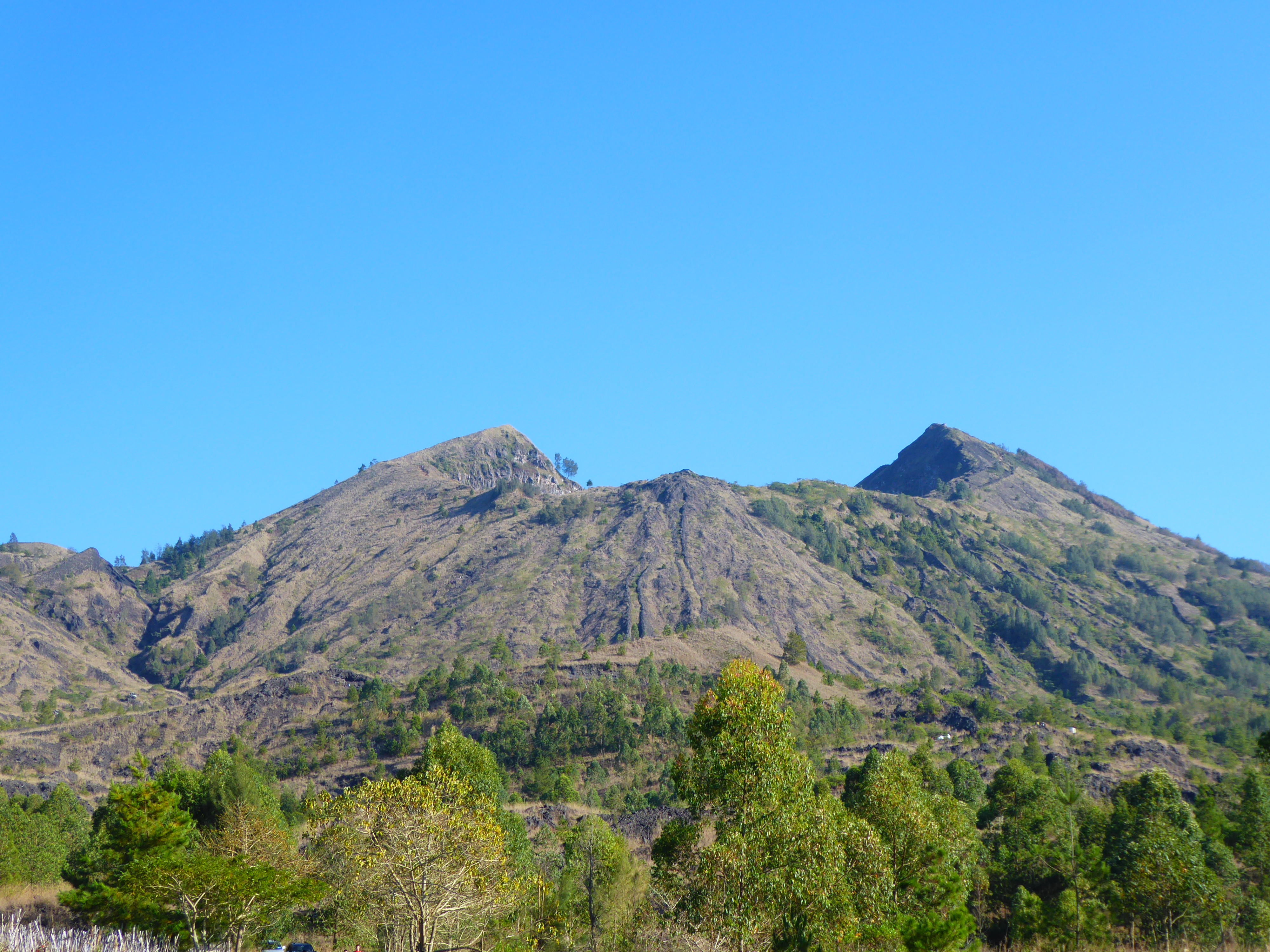 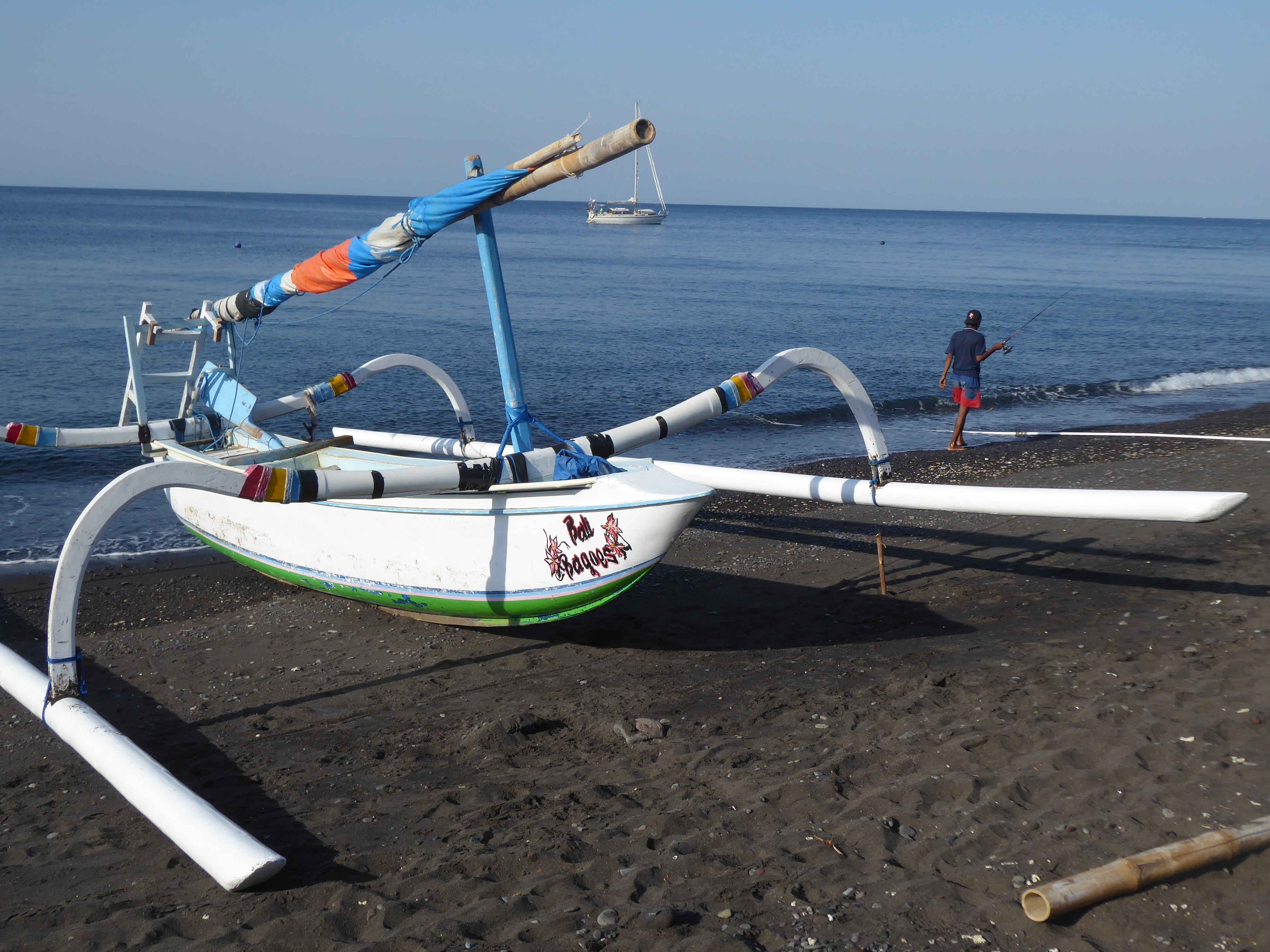