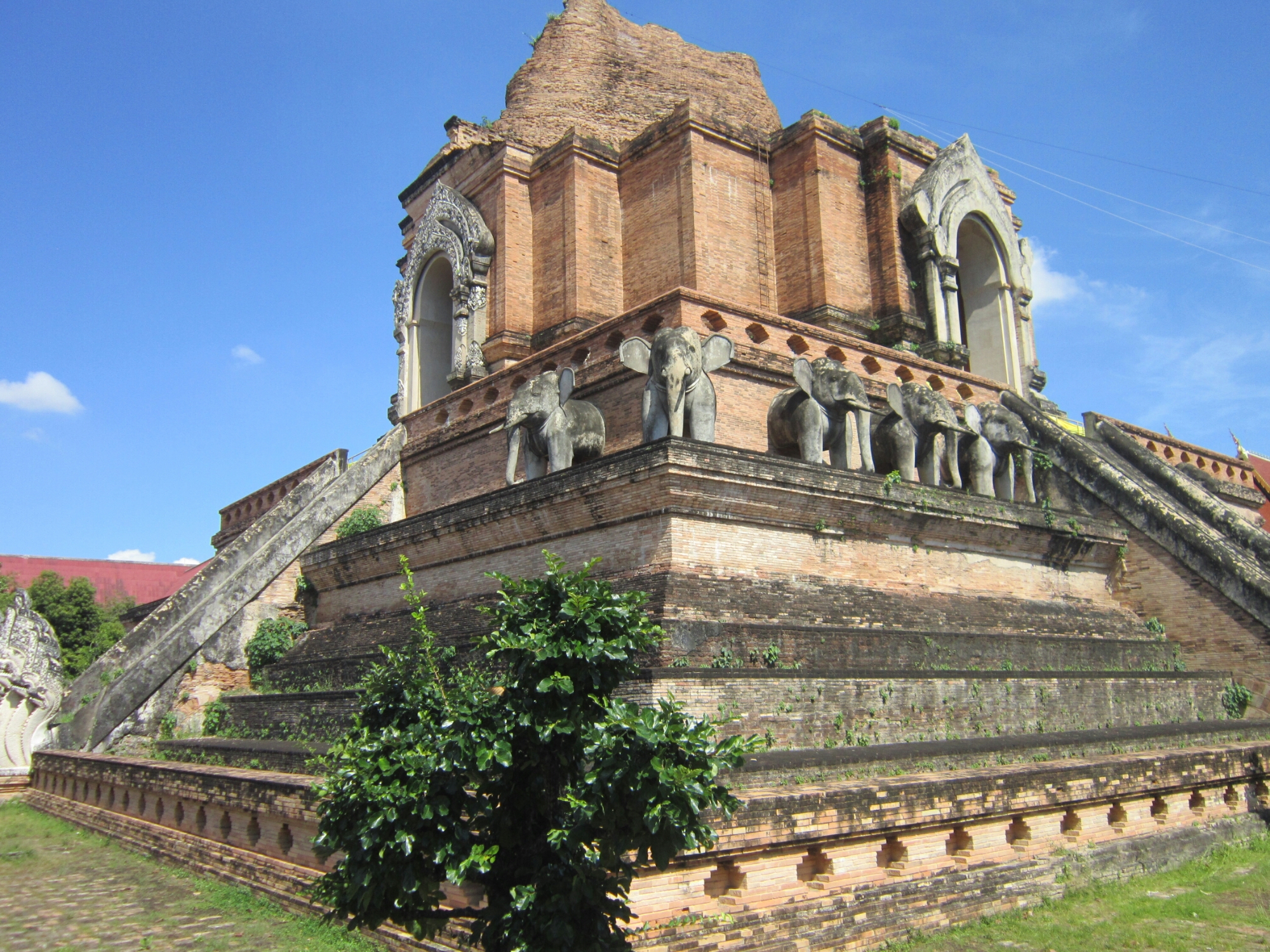 Chiang Mai is located in Northern Thailand, and is the big transport hub in the area which makes it easy to get to whether by bus, plane or train.

It’s a city known for it’s culture and creativity, with plenty of temples to visit and cafes to relax in. At it’s centre is the historical walled city, which is surrounded by a moat, the rest of the city then spreading out beyond this. It’s also a good base from which to see nearby attractions. A must see for any trip to Thailand, Chiang Mai really is the jewel of the north.

Here’s a list of my favourite things to do in Chiang Mai and around.

Located more or less at the centre of the historic city, this Temple dates from the 14th century (though it has had some reconstruction work done since).  I have used the temple as this post’s featured image. It is a reminder of the Lanna Kingdom, which Chiang Mai was the then capital of.  You can also chat to the Monks who reside on the temple grounds here, they are keen to practice their English so invite people to join them daily for discussions about Buddhism and life in general. It’s an interesting insight into the lives of monks and a good chance to speak to locals.

Doi Inthanon is the highest peak in Thailand, and the national park around it has some excellent walking trails through the jungle including some great waterfalls.. You can do overnight treks in the park or just day long ones.  There are Hill Tribes that live in the area that can be visited, for example I did a day trek there where we had both a Thai guide and a Karen guide, and we ended with a visit to a Karen village before driving back to Chiang Mai. The Karen are one of the different ethnicities which inhabit the area.

There are various tour operators in Chiang Mai that offer treks, if you see one that you like be sure to google them to check they are eco-friendly and have good reviews, there are plenty of options should they not be! Avoid any that offer Elephant Riding, see next entry as to why!

The Save Elephant Foundation does amazing work trying to combat the abuse of these majestic animals, and if you are visiting Thailand I would urge you to research the abuse in the Elephant Riding industry and visit one of their sanctuaries instead. The Elephant Nature Park is a great place to visit not far from Chiang Mai (book with them and they will pick you up from your accommodation) where you can meet Elephants in an environment where they cared for rather than exploited.

There are various options available –   I just did a day trip to the park but I have friends who have volunteered for a week and loved it.
You can book ahead online. Check their website here: https://www.elephantnaturepark.org/
They also have an office in the walled city. It’s on the east side, south of the Tha Phae gate.

Take a songthaew to this mountain to see Wat Phra That Doi Suthep, a temple said to have been founded in 1383. It will drop you at the foot of the temple steps and you can walk up and explore the beautiful grounds and get some cool views over the area.  It’s a busy pilgrimage site as it is considered a sacred site by the Thai people. There are market stalls and snacks available too.

Chiang Mai’s busy night market has plenty of shops and a food court. Worth a visit just for dinner even if your not planning on shopping as you can enjoy the atmosphere and some of the artwork and other souvenirs on sale are pretty interesting to check out.  It’s a good place to spend a evening.

Nearby you can find the Ploen Ruedee Night Market with it’s International Food Court, should you fancy a break from Thai food. They put on live music there too.

In the south-west corner of the walled city you’ll find this park which is great for an afternoon relaxation. Chiang Mai city is a very urbanised area and there are not many green spaces inside the city walls. This makes a nice stop where you can walk on grass rather than concrete. There are many things to do in Chiang Mai but don’t forget to get some rest too!

This 700-year-old temple is outside of the main city centre to it’s advisable to catch a tuk tuk to visit it.  It’s a forest area which makes for a pleasant relaxed atmosphere. There are a few things to see, including a Chedi, some Buddhist caves, interesting artwork and a peaceful pond area. Spot the turtles! The above image is of the fasting Buddha, I found it particularly interesting in how it differs from many of the other Buddha images in Thailand. The cave tunnels are intriguing too, they are lit up and contain Buddhist shrines. There’s a monastery on the grounds so you will see Monks around.

Construction first began here in 1345 when Chiang Mai was part of the Lanna Kingdom and it is a fine example of religious architecture from that time. In the west of walled city, it’s a busy temple complex with many different sections. Look for the quotes of Buddhist wisdom hung around the grounds.

To finish your tour of Chiang Mai’s temples stop off here, personally I found it one of the most beautiful! This makes it worth a visit even if you’re feeling a little ‘templed out’. Visit it just before sunset, I feel the temple’s colourings suit that time well.

If you’re in town on a weekend then be sure to check the bustling sunday night market, there are plenty of food stalls if you feel hungry and many others selling jewelry, clothing and other souvenirs. Goods here tend to be more of a unique fashion than you’ll find in the night bazaar or other markets. Find it at Ratchadamnoen Road on the east city of the walled city, running along from Tha Phae Gate. Times are 4pm to midnight.

Other things to do in Chiang Mai…

The city also has many fantastic restaurants and cafes, be sure to try a few! My favourites include the Vegetarian restaurant Taste Of Heaven and the Dada Kafe.  There are also a few good 2nd hand bookshops in the city, useful for picking up some reading material for the road. And although I haven’t visited (yet), Chiang Mai Canyon is a popular place for backpackers, particularly those who like jumping off cliffs into water! If you’re into shopping or just need supplies then Warorot Market and nearby Ton Lamyai Market have a lot to offer, they are found about 5 minutes walk north of the night market. There are also a couple of Muay Thai stadiums in the city should you fancy a trip to watch that, you’ll see posters advertising the fights around town.

A week minimum would be my recommended time to spend in Chiang Mai.

Chiang Mai’s international airport serves various cities in the Asia region. It’s a good place to fly to other cities in Southeast Asia.

As the northern point of Thailand’s rails system, you can catch a train directly here from popular destinations Bangkok and Ayutthaya.

From Chiang Mai you can reach the backpacker haven of Pai by mini van and the city of Chiang Rai by bus.

Inside the walled city you can get around on foot without any problem. If your heading out of it consider catching a tuk tuk.

If you arrive by train then catch a songthaew (shared taxi) into the city. Its much cheaper than your own taxi or tuk tuk.

Chiang Mai has plenty of accommodation options. I really enjoyed stayed at Aoi Hostel, which is located near the east gate inside the walled city. 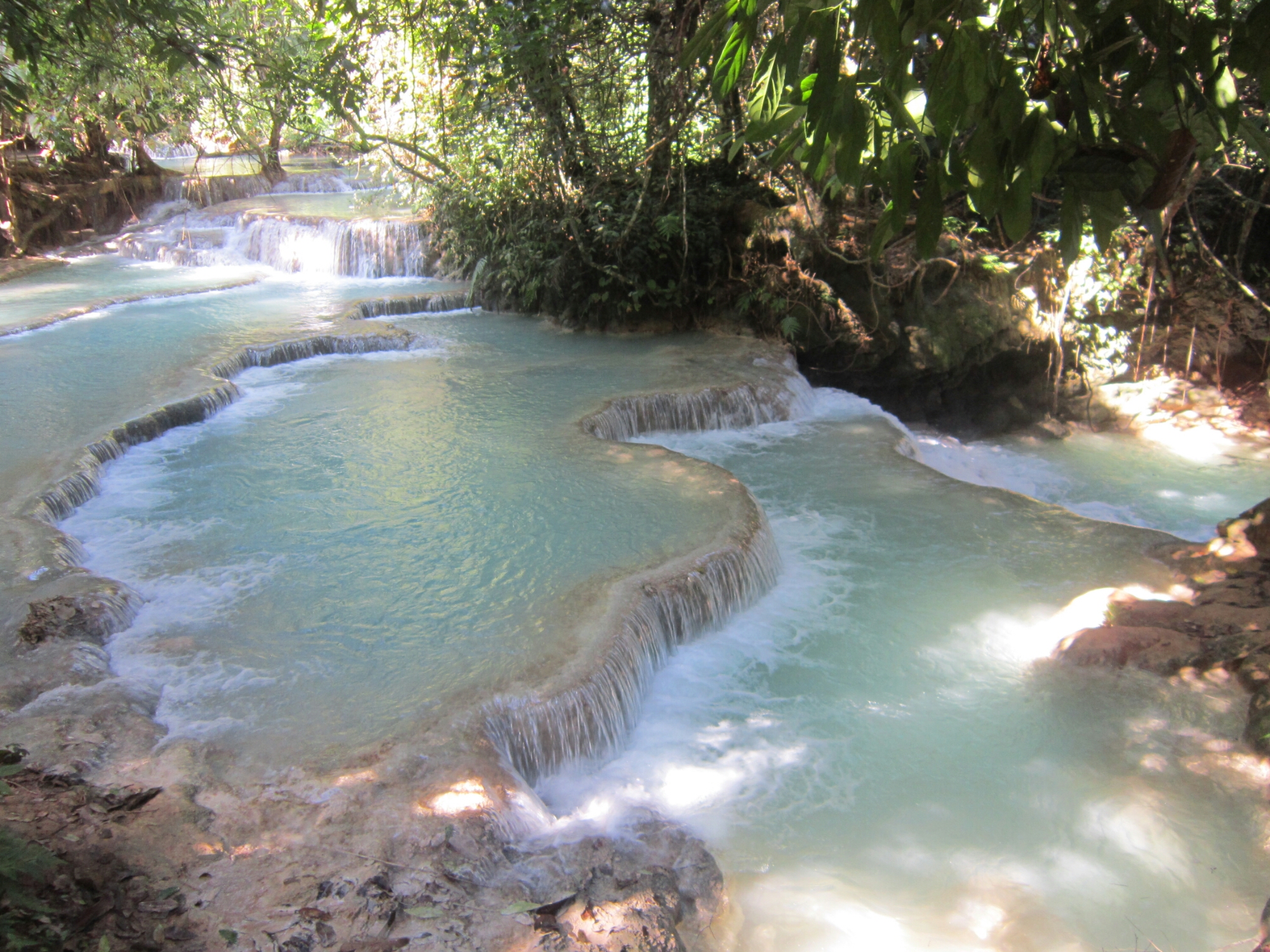 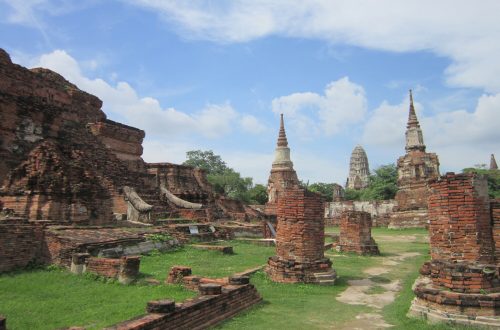